A poem written for and performed at the Vive Nepal Benefit Concert in Toronto, Canada on June 11, 2015. The Vive Nepal benefit concert raised proceeds to help repair the lives of those devastated by the Ghorka Earthquake. 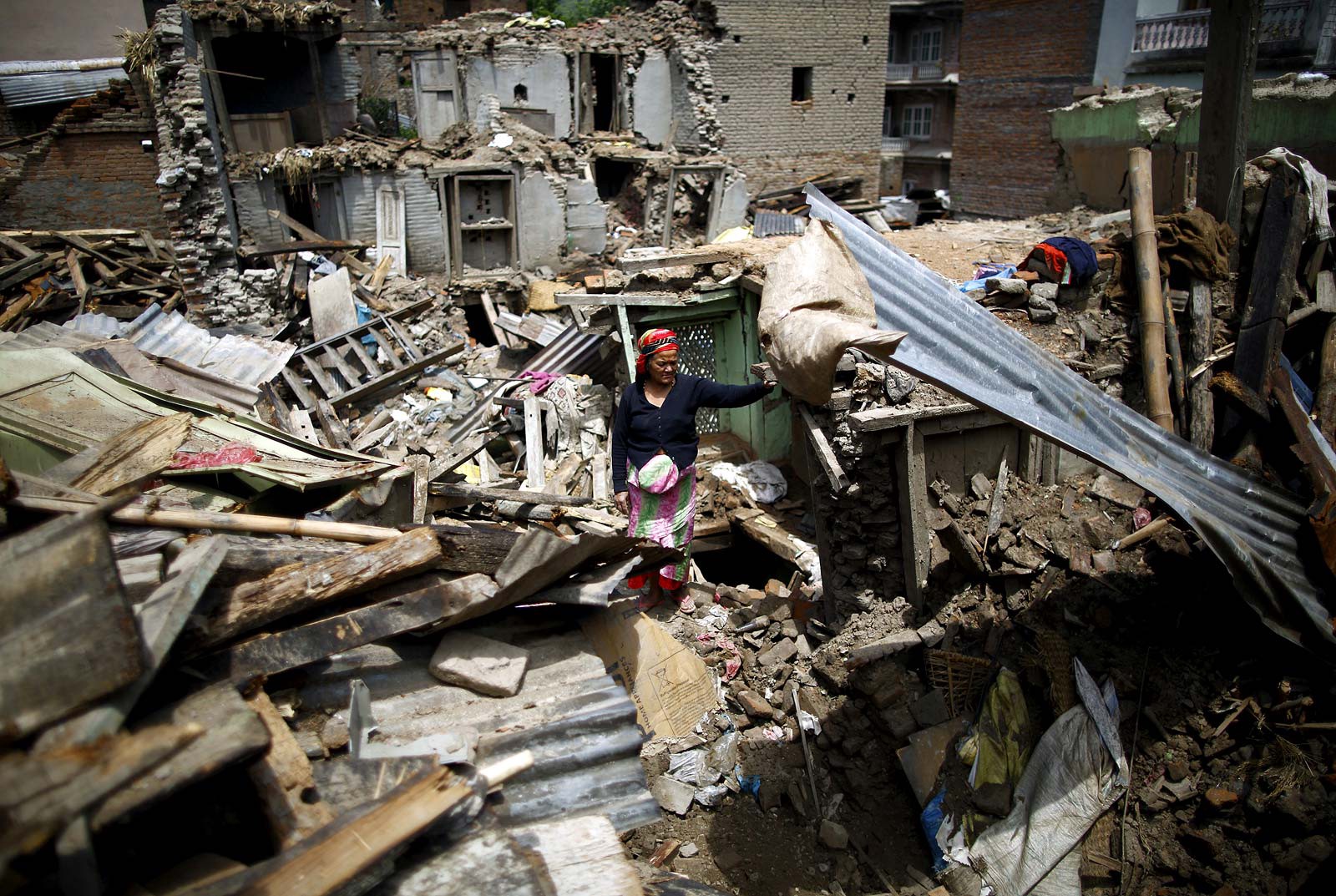 Silence.
Slow, gorgeous silence.
All-encompassing.
So much so that the profound absence of sound
confounds movement and compounds
the layers of silt and dust over our eyes,
and the air, gilt with rust, slides slow as the flow of Father Time,
to blanket our bodies with the lethargy of shock.

The first thought that resurrects me —
“Am I alive?”
Chalk hands on chalk cheeks
leave soft streaks of beige chalk on gray,
and like lightning leading thunder
sight made silence sunder,
roused shrouds of sound to softly creep
‘round fallen columns of ancient sleep,
to the bones of my mother’s home…
Home?

Where is home among these chalk-dusted bones?

Cries arose — others and my own -
and from these bones, sound summoned an army of ghosts.
Slow from the slumber of silence,
chalk ghosts rose to glide among chalk cloaks,
some barely taller than my hip,
some unable to move farther than an arm’s length,
and some staggering, holding shoulders, holding limbs, holding hope.

They sung, these ghosts, a song without melody,
with only heartbeats and hope to keep time.

And in the ashes of a past life,
the ghosts remember their mortality -
in the priceless sacrifices oft claimed when the earth shrugs.

Cradling our pain, we wade through dust and shade;
we move on.

We find rivers of ruin that run from trembling hill to kneeling temple,
stone giants put to slumber
as if their Lord or deity had missed them
in his haste to save vast reliant numbers
neglected by a dissected leadership
whose distractions by factions of power and fractions of greed
had them fail to heed the warnings of disaster.

And after the ground shook us from our homes,
took love and left us torn,
after our lives were taken from us,
they say,
“We had not known.”

There is anger.
But there is no time, no use for anger;
only time and use for movement -
to rescue,
rebuild,
renew.

We follow fallow fissures pared by disaster
from chalk death despair to open air,
to master our own fate.

Where land was desecrated,
we will renovate it,
administer aid where our prime minister failed,
bring hope to those who ail,
and move our anger and pain to
anchor our aims on restoration.

Because this beautiful nation
is more than the birthplace of Buddha,
more than spiritual centre balanced between
the highest peaks man may seek and
the fecund plains and delta basins,
striding the dividing line between
two great Asian tigers of power,
more than all that, in its highest hour of despair,
this small nation is a nation of great deeds -

And of miracles amid sacrifice…
Twenty-two hours after the Ghorka earthquake struck Nepal,
a writer for Kathmandu Today heard a cry from the rubble.
They discovered a four-month-old babe,
cotton-swaddled marvel marbled by dust,
miraculously untouched.

I watched its fists brush the sun,
tiny mandalas grasping the rosy rotunda of life,
despite eyes shut tight by silty sleep.
And its cry,
unmuffled by debris,
brought my soul to its knees.

Held high above our heads,
his cries echoed over the throng around him;
his cry was our rallying cry:

Hope is the thing with feathers
That perches in the soul,
And sings the tune without words,
And never stops at all.

This was a spoken word poem written for and performed at the Vive Nepal Benefit Concert in Toronto, Canada on June 11, 2015. The Vive Nepal benefit concert raised proceeds to help repair the lives of those devastated by the Ghorka Earthquake. Cover image, "Nepal aftershock damage", taken from the Encyclopædia Britannica article on the 2015 Nepal earthquake (Accessed 22 Mar 2020).